In 1991 the NAVRO was awarded the Prix Joseph Mercier for our N2 project. This is a safety award which was awarded by the French national space agency CNES (Centre National d'Études Spatiales) and the ANSTJ (Association Nationale Sciences Techniques Jeunesse/National Association for Youth Technology). A sum 5.000 Frs (€ 760) was attached to this award.

The N2 "Vindicta Pluvii Tubi" (Revenge of the Rain-pipe) was launched with a French Isard motor on 24 August 1991 during the FLC '91 launch campaign at Mourmelon, France. 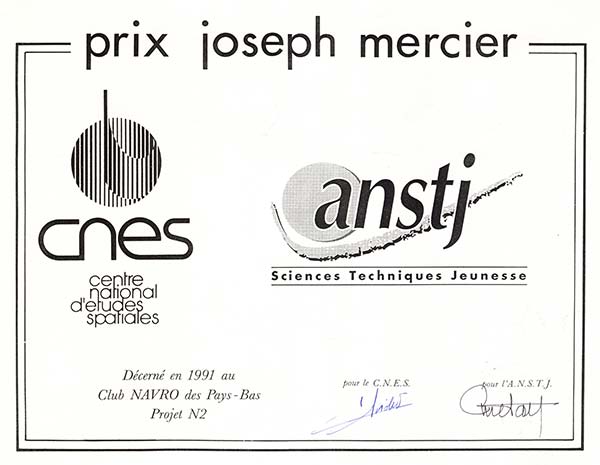