ASK 't Harde, 1 June, 2007 - NLD25 was to be a busy launch, as nine rockets were to be launched and 140 participants and guests were coming to the launch. The large number of guests is due to the CanSat project. The goal of this project is to interest students in technology by means of them building and operating a small soda-can sized satellite. This CanSat will be deployed from a rocket at an altitude 1 km. The project was initiated by the Technical University Delft. It also meant a lot of press coverage, as several newspapers and other media were present. The Dutch youth television program "Klokhuis" was back after 11 years, but this time the CanSat project was it's subject.

The NAVRO members from Alblasserdam started early in the morning of Thursday 31 May loading the van. We arrived a bit late due to traffic jams, but on arrival the towers were quickly erected. After lunch the first participants arrived. Together with DARE members and a helpful soldier we erected two large army tents in the rain, as the weather forecasts for the next day predicted a large chance of rain. Eventually the next day it did not rain. The prepping of the rockets and motors was done next, which took a lot of time as there were so many. This even continued after dinner. The Open Days of the Dutch army, which were held on the same days on a nearby base, were conflicting with our planning. This meant that we could not get enough sleeping quarters on the base. We had arranged a local Scouting building, but the accommodations there were a bit more basic. The evening ended in the mess, with lot's of discussions about rocketry and of course lot's of beer.

The Friday started early. Because of the Open Days of the Dutch army, the airspace above the launch site was closed some periods as the helicopters and jets were to fly over the base. This meant that during these periods rockets would be prepared and when the airspace was open again rockets were to be launched straight away.

After most guests had arrived, the first launch was the spectacular two-stage Quick and Dirty of Mark Uitendaal and Leon Krancher with a small and a big BenchMark motor. The launch was good and their rocket staged perfectly, as this time it's trajectory didn't change when the second motor was ignited. The lowest stage was recovered soon afterwards, but the upper stage was recovered during the following week. The rocket had reached an altitude of 2300m. The next launch was to be that of René Hofsteden's AMRAAM 3, which was so unlucky in misfiring several time last NLD23. Unfortunately it misfired again, which was later traced back to a faulty ignition system and not to the igniter. The first of DARE's CanSat Launchers was successfully launched with one of their DX1-EE motors and deployed both it's CanSats as planned. The rocket was recovered soon.

After a break with a display of Dutch and German army helicopters, the launches continued with the third CanSat. The second one had technical problems, which were later fixed. The launch was successful, as was the deployment of both it's CanSats. Following this, René Hofsteden's AMRAAM 3 misfired again, but this time the igniter was faulty. During the next period of closed airspace, lower stage of the Quick and Dirty and the third CanSat Launcher were recovered. The launches continued with Benjamin Wilkosz' Terminal Velocity. His girlfriend Jolijn Harmsen had painted it very beautiful, it was truly a piece of art. Unfortunately the rocket didn't reach it's predicted 2400m, because at 1.7 seconds of flight the drogue chute was deployed. Meanwhile the motor section with it's powerful Avalon 008 motor continued upwards severing the drogue chute's main cable. The motor section probably broke the sound barrier a little later. The rest of the rocket, containing all electronics, eventually landed undamaged on the main parachute and was recovered. The drogue parachute was also recovered, with unbelievably just a few small tears. Next was Leon Krancher's Ophelia, the first rocket he build alone. Leon Krancher had won a bet with Bert Koerts, who gave him the parts and the motor. The rocket flew perfect on an AeroTech I200W and was soon recovered intact. The following launch was that of Jan-Hein Ramakers' Caveman Bumble Bee, which had the same BenchMark motor as the Quick and Dirty. The launch was great and it was seen landing on his parachute, but like the Quick and Dirty it was recovered during the following week. Quite bizar that one of the largest rockets we have launched there, could not be found right away. By now the boys of DARE had repaired the second CanSat Launcher with a parachute module of one of the other CanSat Launcher (which had already flown!). This CanSat Launcher almost flew flawlessly, but the parachute was a bit entangled. The DARE boys celebrated their successful launches with cake. The final launch of the day was that of that of Robin Trap's big Ad Astra Mk I, which had seven Caveman H100 black powder motors. Although a fin hit the launch tower, because the lower rail guide broke off at launch, the rocket flew fine and the flight was spectacular. It was recovered almost undamaged.

The program ended with a motor test of DARE, which was very short, otherwise went fine. Breaking up and packing was rapidly done, as there were many helping hands. Looking back, it was a very successful launch in spite of the restrictions due to the Open Days of the Dutch army.

Thanks to all the ASK 't Harde staff, DARE-members, the CanSat organization and of course the NAVRO-members for all help this launch. 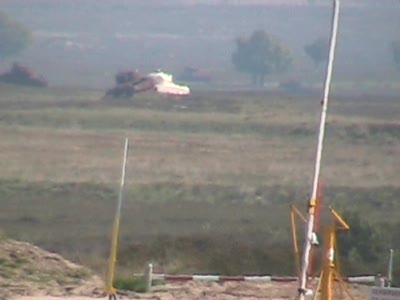 The launch of the Quick and Dirty. After 8 seconds in the video you can hear the air start of the upper stage motor. 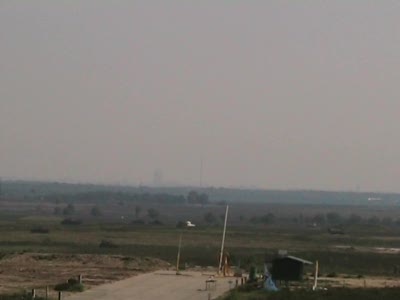 The launch of the CanSat A rocket. 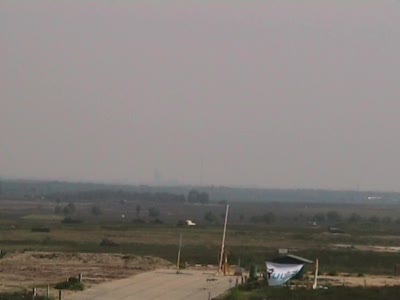 The launch of the CanSat B rocket. 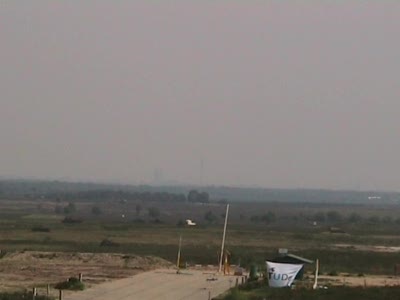 Video of the misfire of the AMRAAM 3. 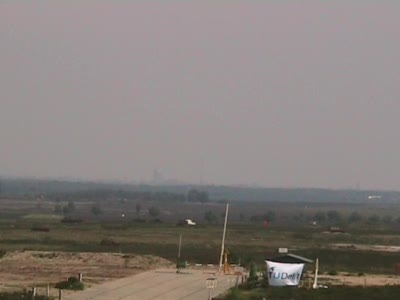 The launch of the Terminal Velocity. 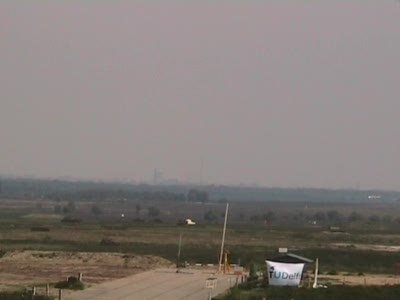 The launch of the Ophelia. 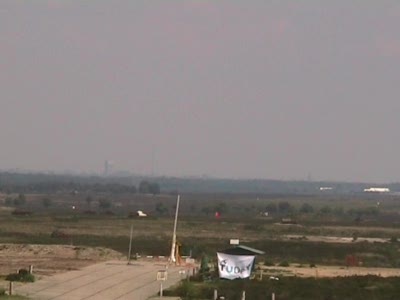 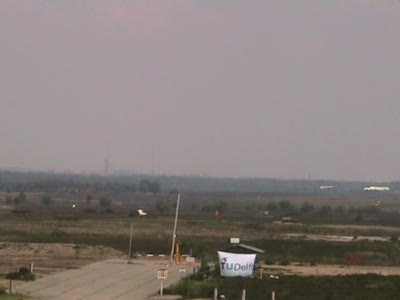 The launch of the CanSat C rocket.